Now that 2015 is in the rear view mirror now it’s time to look back at the best films and books of the year. This is the first of a yearly Plutonian best of edition. It has been an interesting year in Weird Horror. Some amazing films have brought back intelligence and ideas over gore and jump scares. And in the Weird Horror fiction scene there has been an explosion in the micro presses, a lot of wonderful work has been coming out showcasing a lot of new talents. But on the other hand that same explosion has resulted in a lot of over hyped and mediocre work being released over flooding the market. Also a lot of the groundbreaking writers from ten years ago have seemed to either have left the Weird Horror genre or have lost the fire and are releasing some uninspired work these days. So overall it’s an interesting time in the Weird Horror scene, a sort of changing of the guard from the old to the new. There are some amazing new books coming out in 2016. Matthew Bartlett’s Creeping Waves, Livia Llewellyn’s Furnaces, Scott Jones's anthology Cthulhusattva, Joe Pulver should be coming out with a couple anthologies, and Christopher Slatsky has a as of yet untitled collection coming out. I definitely recommend that Weird Horror fans look out for those. So anyway on with the best of's!

Ex Machina to me was the best film of 2015. Oscar Issac deserves an award for his performance here as the guy who finally breaks the secret of developing artificial intelligence. Great acting, beautiful camerawork, amazing soundtrack, and a lot to think about after the credits roll. It has a lot to say about artificial intelligence and what it means to be human. Self survival, social climbing, using desire as a weapon, all explored in this insightful film.  I love the misdirection the film uses to keep you off guard. It starts off as a kind of a cliche film about an innocent who arrives at a castle/mansion of a mad scientist who is eager to show off his experiments, only to have your expectations used against you. Ex Machina is in the linage of the more serious 1970’s sci-fi films like Parts: The Clonus Horror or Demon Seed. A rare sci-fi film that is more about ideas than action sequences. A must see.

Second best film of 2015: It Follows.
It Follows really caught me off guard. A “slasher” film about sexual politics and sexual guilt? Paying homage to the traditions while at the same time subverting them? I was blown away that a “slasher” could still feel fresh and cutting edge. This film shares a kind of autumnal feel similar to Halloween, and it’s soundtrack is as effective as Halloween’s to evoking a sense of dread. Halloween’s theme of a silent killer lurking and stalking you, especially if you are promiscuous, is treated subliminally in that film, where as in It Follows it is examined and brought front and center. The acting was superb in this, the main actress, Maika Monroe, was brilliant in a role most others would over act in. She has a bizarre curse laid on her from a man who seduces her, giving her the curse to rid himself of it, since it spreads like a STD from victim to victim. And the curse is this thing which can change into looking like anybody, which stalks her day and night till it can kill her and move on to killing the person who spread it to her, and on and on, like an evil chain letter.  I love how the curse can be spread by people with the best of intentions or innocently, but either way lethal. She tries to get rid of the curse herself but there is no answer to it. But there is a line of boys who would love to try to help her by hooking up with her…. Highly recommended.


Best book of 2015: Alectryomancer and other Weird Tales.
Christopher Slatsky’s Alectryomancer and other Weird Tales was the best debut since Golaski’s Worse Than Myself, Nicolay’s Ana Kai Tangata, Bartlett’s Gateway’s to Abomination, and Llewellyn’s Engines of Desire. He writes a kind of sci-fi that is both speculative and darkly surreal. Slatsky’s predecessors seem to be more Ellison and Sturgeon than Poe and Lovecraft. He is more intent on attacking you with a constantly shifting reality exposing the cracks in your perception of normality then in writing the more traditional tale of terror. In his fiction you have no idea where he is going and you can be assured that you are about to get your mind blown. Read his work before all your friends have and you are the last one to know.
Second best book of 2015: Beneath an Oil-Dark Sea: The Best of Caitlin R. Kiernan ( Volume Two ).
Under an Oil Dark Sea is book two of the Caitlin Kiernan best of collection. Showcasing the current era of her writing, it’s a dark gem of a book. Kiernan may be the greatest writer working today in the Weird Horror genre. Poetic, melancholy, perverse, Neil Gaiman said of Keirnan that, “ Kiernan is the poet and the bard of the wasted and the lost.” so if you, like me, prefer prose that is both bleak and beautiful, I urge you to seek out her work. Masterpiece after masterpiece, with maybe only two or three stories I found to be not to my taste. I give this book my highest recommendation. 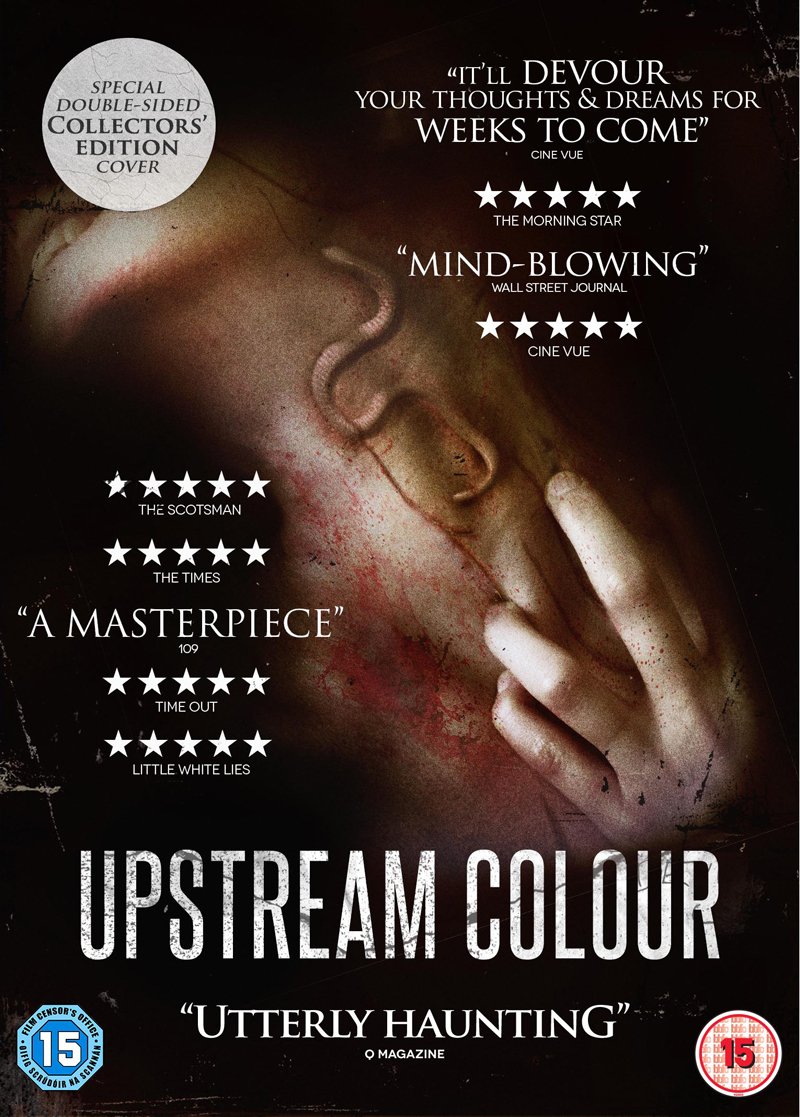 There seems to be a resurgence in the Sci-Fi film genre going on. I recently saw a great film that blew my mind called Upstream Color. Upstream Color is a vanguard film in the pseudo New Weird Sci-Fi scene along with Under the Skin, Enemy, Berberian Sound Studio, and Beyond the Black Rainbow. These sci-fi films follow a very abstract aesthetic and are more concerned with the inhuman, the alien, and the other than with the human. These films tend to leave a lot of viewers confused and disturbed. And they are meant to be, New Weird Sci-Fi is an attack on your preconceptions of reality and the body, buts its also an investigation into unknown waters, ideas being torn apart and reexamined. It is a welcome return to a kind of Ballardian soft Sci-Fi, more concerned with identity and biology then with space operas and computers. Upstream Color is a drama of parasites and mind controlled hosts. While it kind of drifts in time and space, I would not say this is a dream film, it’s more of a drug induced fugue. It has a kind of bleached out medicinal haze to it. There are characters in this film.. but they serve more as host organisms then as real relatable people. All these different characters make up the reproductive cycle of the parasitic worm. A man referred to as the Thief collects the worms and forces them into people either by trickery or force. The worm has a hypnotic effect on its host which also makes them extremely susceptible to influence. Then the Thief takes advantage of this by robbing his victims of every last dollar they have. Then a man referred to as the Sampler draws the worms host to him and surgically removes the worm from the host's body and places it into one of his pigs at his pig farm. At that point the former host and the new pig host share a psychic connection. The former host also is now plagued with hallucinations and a feeling of alienation from reality. The story follows one woman as she goes through this process and tries to figure out what happened to her. But it's a discovery that can never happen, she is so irrevocably altered by these events that there is no going back to normalcy, she is both damaged and saved, and she finds her own kind of happy ending within the films reality. Reading this description I would imagine that the film sounds extremely ambiguous and surreal. It is. And it's also one of the best films of the 21 century. Highly recommended for adventurous film goers.
Posted by Scott Dwyer at 11:09 PM No comments: