"Overall this volume is ripe with enough phantasms and chimeras to induce pleasantly strange and troubling dreams." - Rue Morgue Magazine

"Phantasm/Chimera is an essential read for anyone interested in the current state of weird fiction." - William Tea at Gingernutsofhorror.com 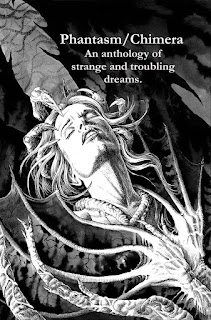 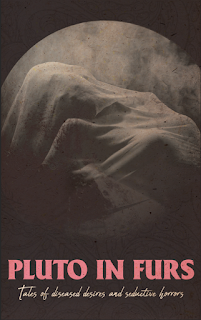 An Abysmal Masochism ( An Introduction ) - by Scott Dwyer
The Tangible Universe - by Jeffrey Thomas
The Wolf at the Door or The Music of Antonio Soler - by Devora Gray
Other Yseut and Romance Tristan - by Adam Golaski
Dermatology, Eschatology - by Kurt Fawver
Headsman’s Trust: A Murder Ballad - by Richard Gavin
It’s Hard to be Me - by John Claude Smith
The Gutter at the Bottom of the World - by David Peak
Tender is the Tether - by Rhys Hughes
With Shining Gifts That Took All Eyes - by Mike Allen
Stygian Chambers - by Orrin Grey
Behemoth - by Clint Smith
Worm Moon - by Gemma Files
The Silvering - by Thana Niveau
Walking in Ash - by Brendan Vidito