Review of The Secret of Ventriloquism 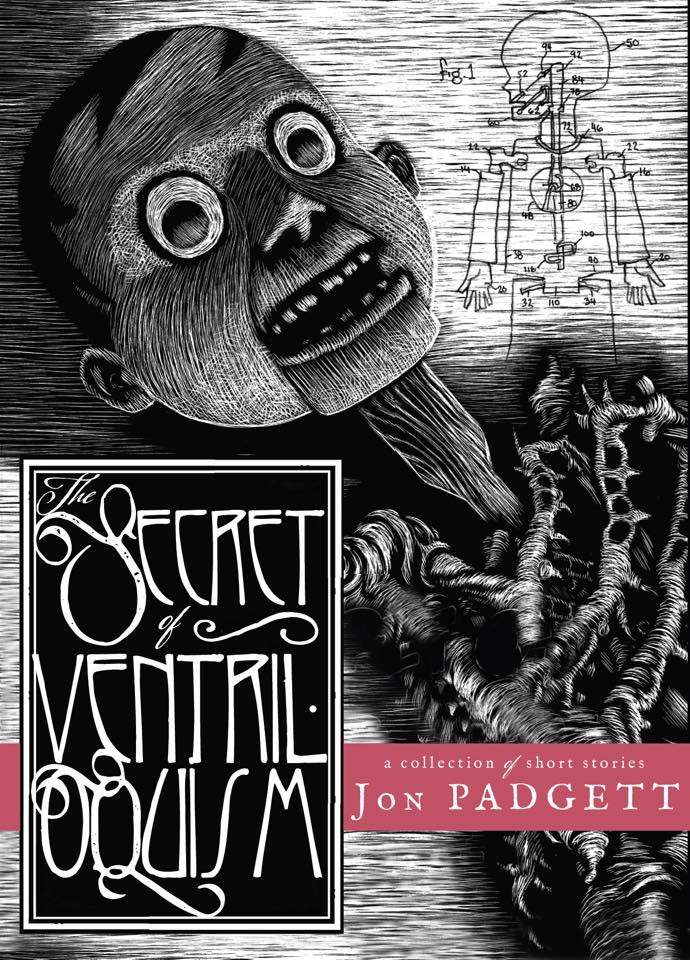 So about two weeks ago I found a strange object in my mailbox. At first sight, I thought it was a mold encrusted doll. Then on closer look, I thought it was a skeleton of a dead cat with lipstick smeared all over its teeth. When I brought it inside into the light it was revealed to be a book. Jon Padgett’s new collection in fact. It was titled The Secret of Ventriloquism. I put it to the side, not knowing what to make of it. But when I tried to sleep that night I kept hearing a soft voice whispering to me. I would wake up to find the book had found its way under my pillow. I figured there was only one way to stop all this madness. I read it. When I put the book down I realized it had seemingly infested my cerebral cortex. And now I must spread the disease Jon Padgett has unleashed upon this cold and dark Earth. The Secret of Ventriloquism is that rare collection of horror tales, these are tales that attack the reader. These tales want to destabilize. These tales want to corrupt your thoughts and dreams. These insidious fragments want to live inside of you. The dark whisperings never let up, in fact, they will override your own thoughts. Have you ever walked through a town filled with such a thick layer of smog that you could not make out where you were and what the dark shapes are that keep crawling around in the distance? Have you ever stopped and sat down in that smog and heard a voice, not your voice but a voice that is emanating from inside your head, telling you things that you know to be true but can not be accepted if you are to continue living your normal workaday life? Have you ever wondered if the nightmares has stopped, or do they continue, forever? Read The Secret of Ventriloquism, and maybe at least you can figure out where the nightmare ends and this book begins. That is.. if you still have a mind that you can still call your own.