2019 was a fantastic year for horror in film and literature. The trend of small film studios producing sophisticated horror films for the art-house theater crowd is still going full force. The weird horror boom in the small presses also continues to pick up steam. And these are trends that we need to support and to advocate, in a time of the death of the indie movie theater and the destruction of the local book store, the fact that there is actually an increasing amount of great works being produced outside the major companies is actually astonishing. Streaming services and cheaper film equipment certainly helps the independent filmmaker and the ease of use of print-on-demand services and the ability to create your own websites to host your publishing business helps create a viable alternative to big business models. So in review, I was blown away by the works that came out this year. Just some absolute masterpieces came out in 2019. I would say a theme of 2019 was the foundation of a new canon of horror filmmakers. We have a new group of Romeros, Cronenbergs, Carpenters. Some new or first-time directors really cemented themselves as masters of the form, and some already established writers took their work to new levels of greatness. So let’s get down to the best of 2019 lists!

1. In Fabric - Directed by Peter Strickland


Going into 2019 my most anticipated film was Robert Eggers’s The Lighthouse. I was left absolutely stunned and awed by his first film The Witch, a film I consider to be one of my all-time favorite films. I absolutely loved his follow up film The Lighthouse, which I will be talking about more in a bit. Then in late November, I caught a screening of Peter Strickland’s new film In Fabric. And within 10 minutes I knew I was witnessing greatness.  In Fabric blew me away, destroyed me for all time, reassembled me, and sent me on my way. I was a huge fan of Strickland’s previous films, the wonderfully weird Berberian Sound Studio and charmingly perverse The Duke of Burgundy, which I thought were both great films, but I was not prepared for how masterful and original In Fabric is. A blend of mind-breaking surreal corporate satire, creeping ghost film, an exploration of toxic media, and an elegant gothic horror, this film came almost out of nowhere to capture my vote for best horror film of 2019.

2. The Lighthouse - Directed by Robert Eggers

As I said above, I think my most anticipated film going into 2019 was Robert Eggers’s The Lighthouse, a tale of madness and protean things from the depths of the ocean. His followup to his diabolic masterpiece The Witch, I could not be more hyped for a film, I was worried that my expectations may actually be too high. Well, The Lighthouse actually managed to exceed my expectations. What Eggers delivered was an honest to goodness Midnight Movie, a film that drew inspiration from ancient myths and the silent horror film, but filtered through a lens made from classic horror tales written by the likes of Blackwood, Machen, and Hodgson. Reminiscent of the classic late-night drug-fueled insanity of cult classic films like Eraserhead, Begotten, and Tetsuo: The Iron Man and the way they infused German Expressionism and a more current fractured sense of reality and meaning. The Lighthouse is soaked in tension, malignity surreal, and bizarrely humorous, I really can’t believe Eggers got the funding to produce this film. If In Fabric took the top slot in this year’s best of, it is only by the smallest of margins. 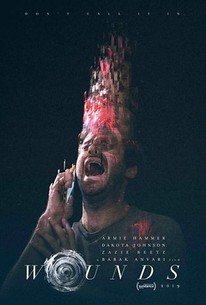 
Wounds, adapted by the great short story by Nathan Ballingrud and directed by Babak Anvari, had a small release, mainly viewable on the streaming service Hulu. Which is a shame since I would love to see this one in a theater. A more traditional horror film than the others on this list, this one builds on using traditional tropes to create a tension-filled experience, before blowing all the hinges off for a mind-shattering end that I actually had to rewind and watch a couple times because I could not believe what I was seeing. Wounds is a bit of a fusion between the creeping dread of 1990’s era Japanese horror films and the more postmodern era of fractured narratives. This one just gets right down to it, it wants to get under your skin and actually creep you out. It is perfect viewing for a late-night scare. 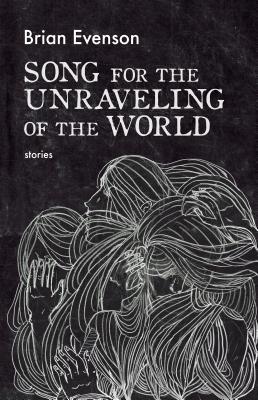 1. Song for the Unraveling of the World - Written by Brian Evenson


Brian Evenson has been writing horror for many years now and is an established master. But I really feel that he has entered this new phase in his work and is creating the best work of his career. His previous collection, A Collapse of Horses, literally broke me, it has this just virulent creepiness, this sense of his work not being safe to read. A Collapse of Horses stands up there with the best of Poe, Lovecraft, Aickman, Oates, and Ligotti. Then a new collection was announced. Song for the Unraveling of the World. I can’t describe how hyped I was for this book. I was worried that I was just setting myself for a letdown. Turns out, I had nothing to worry about. This collection kind of serves as a follow-up or a sequel to his A Collapse of Horses. Some of the pieces kind of work with or advance some of the themes of his previous collection, and some use different genre tropes such as the outer space story or the body-snatching alien to take different approaches to the material. I think the 1-2 combination of A Collapse of Horses and Song for the Unraveling of the World may be the supreme accomplishment of the horror genre for this decade, 2010 - 2019.

2. The New Flesh: A Literary Tribute David Cronenberg - Edited by Sam Richard and Brendan Vidito
The New Flesh is an anthology that pays homage to the weird body horror of David Cronenberg. It is just filled to the brim with squirm-inducing medical procedures, bizarrely erotic transformations of the flesh, and mind-blowing breakings of reality. There were some really stand out stories in this from writers like Brian Evenson, Sara Century, Mona Swan LeSueur, Fiona Maeve Geist, and Gwendolyn Kiste. The New Flesh serves as this view back on one of the founding figures of the current horror field and a look forward at where weird horror is and where it is going. Essential. 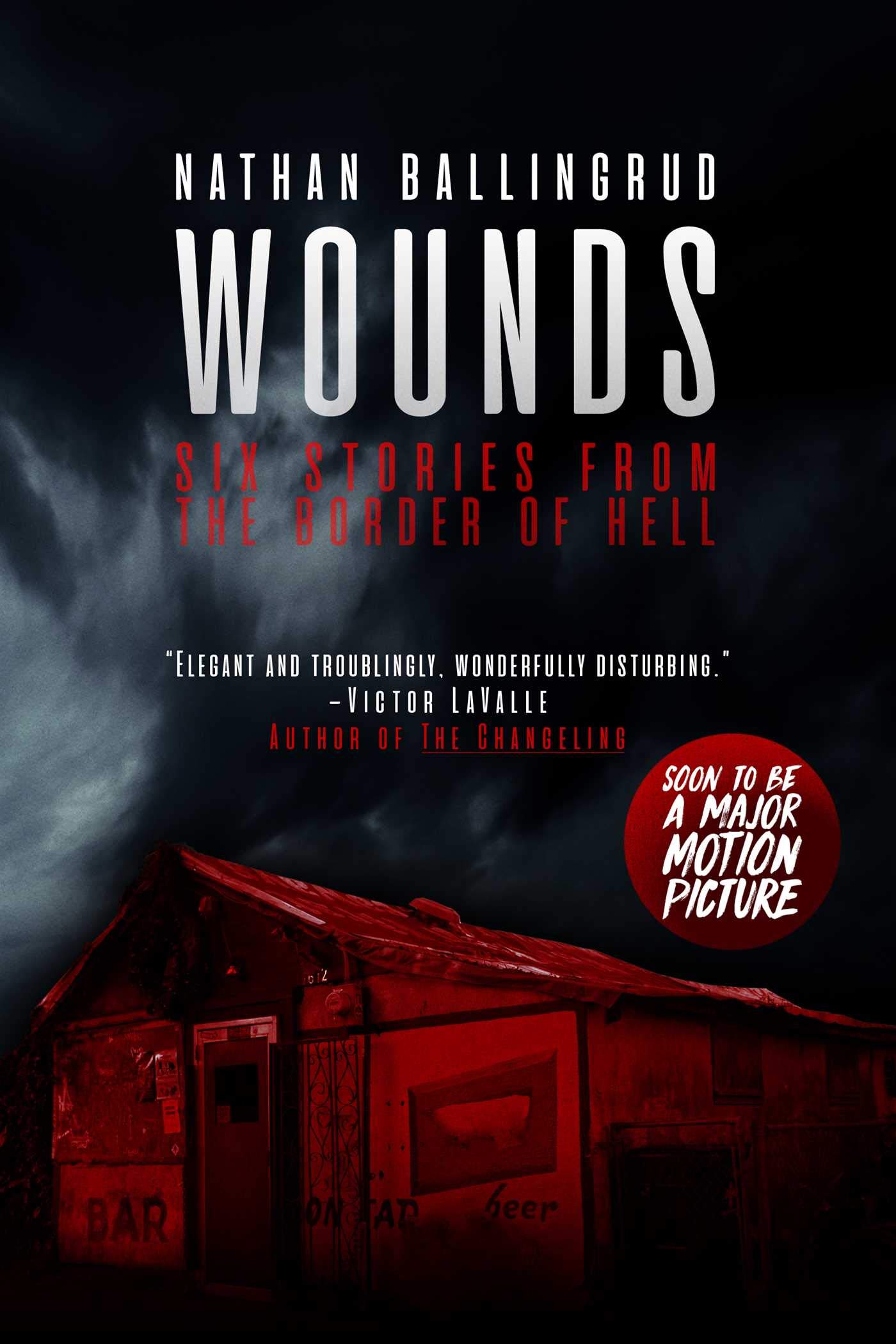 
Despite hearing the name for years, I am a bit of a latecomer to Nathan Ballingrud’s work. With the upcoming film adaptation of one of his stories and from just having heard his name so much, I decided it was far past time for me to take a deep plunge into his work. And I must say, his collection Wounds was amazingly good. He somehow mixes the heartbreaking with the diabolical, the surreal with the commonplace. His work in Wounds reminds me a bit of Clive Barker, but with a lot more emotional heft. This collection is a bit of a blend, some of the works are more of the malignantly surreal postmodern horror tale and some are more of a take on dark fantasy with a bit of a Satanic flavor. And let me say, it is quite brilliant how Nathan updates and personalizes the figure of Satan for a new generation of horror readers. From his shockingly surreal The Visible Filth to the heart-rending sadness and desperate love of The Maw, Nathan finds the depths of human love and longings in the darkest and bleakest regions of the horror field.
Posted by Scott Dwyer at 2:25 PM