Review: The Beyond by Lucio Fulci 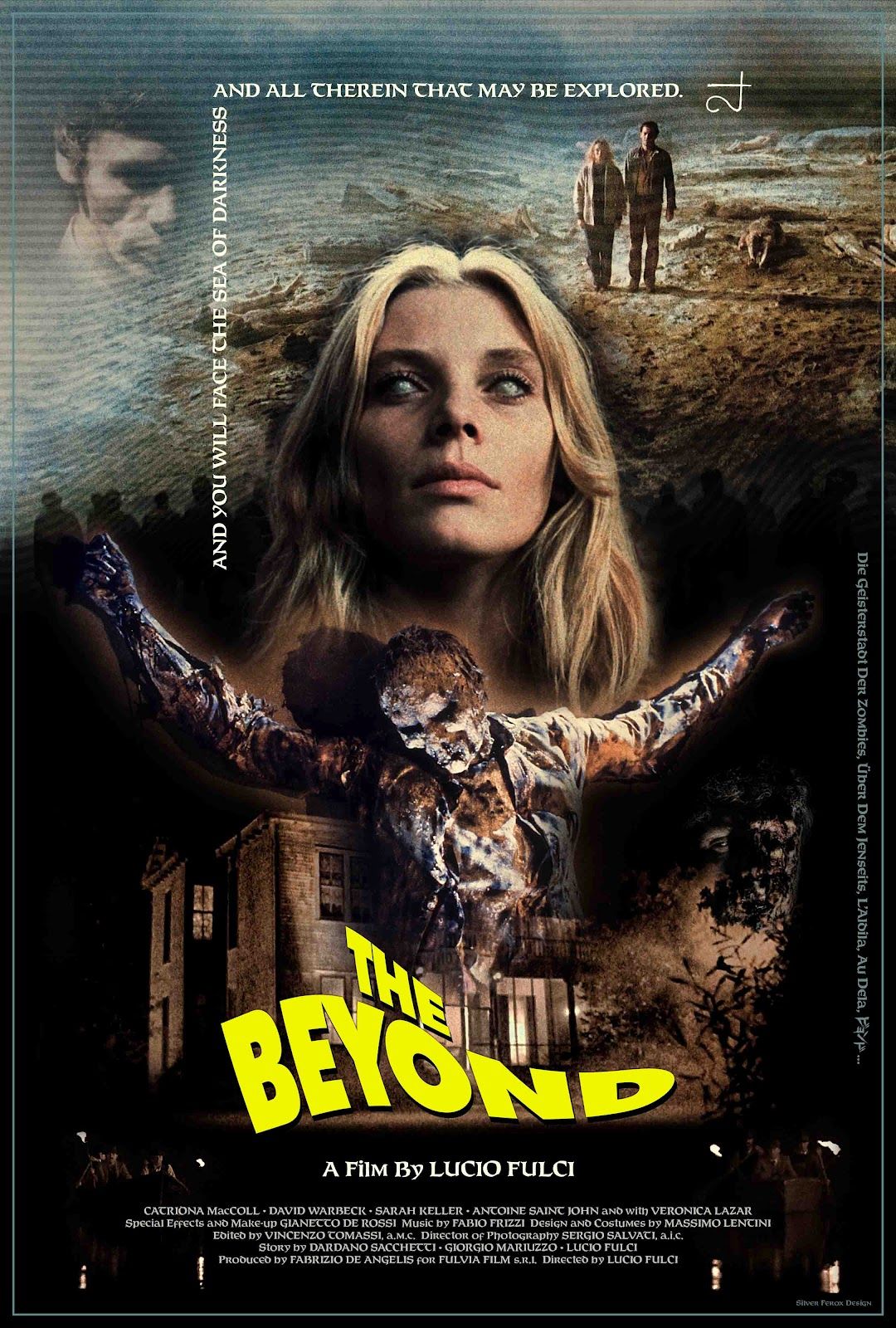 In room 36 ( 3 plus 6 is 9 ), unused furniture lay in dust and shadow. A terrible secret is kept in room 36, and its malignant tendrils are spilling out into the life of Liza Merrill, a woman who has not yet found a place for herself in the world and is hoping that running a hotel will change her fortunes. The Seven Doors Hotel, located in Louisiana, she inherits from her parents. She starts having the closed hotel renovated, she by chance meets a handsome doctor who seems to take an interest in her, and her life looks to be starting to settle down for her. To finally be happy after years of wandering from job to job in New York. She traveled across the country for this chance, and she means to take it.

But this is not to be her fate. There is an inescapable past waiting in the dark rooms of the Seven Doors Hotel. A secret that can not be kept secret any longer. The barren rooms hold a form of dead life. A dead life that is starting to rise and emerge. The basement, full of moldy and moist holes, hides rotting limbs that thrust out to main and mutilate any who go near. Cadaverous beings emerge from murky watery abysses, bathtubs and pools of basement water. These creatures shamble in a sleep-like state, like somnambulists not yet woken into our reality. She turns to the doctor to help, because she feels like she is falling into a nightmare that can not be real. People keep disappearing in her hotel and blood leaks from the walls. But the doctor is sterile, he is not able to help or rescue anyone. His bullets are ineffective and his choices only end up damning the both of them. The dead take over the living, and the landscape of Hell is revealed to be limitless in its horrors.

In all this surrealism and terror, what is The Beyond really about? It seems to be haunted by a fear of dead things in wet decaying holes, about impotence, about those things that wish to be born even though they are dead and damned. There can be no escape in The Beyond. You were already born doomed. Is Liza already in Hell when the film starts? The gateway to Hell is opened up by a painter named Schweick, a creator of nightmares, a father to the horrors. Was he real, or is he a symbolic figure in the nightmare world of Liza? Is this all a dream/nightmare of miscarriage or abortion? The Beyond is this delirium of empty rooms and dead things crawling out of damp cavities in the body of the hotel, hollow with the rot of the dead who wish to corrupt and deface the living, to rip their flesh and tear out their internal organs. In room 36, the corruption of secrets and regrets seep out into the world. In 9 months a human is born. In 9 months a gateway to Hell may be opened in one's own mind. In 9 months the dead may be born inside the living, only to kill the mother.

“ And you will face the sea of Darkness, and all therein that may be explored. “