Predatory Mouth: Thoughts on Under The Skin 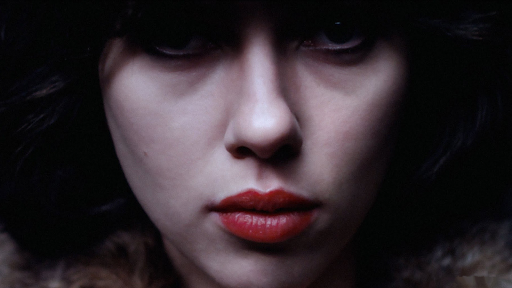 She is charming, funny, and a great flirt, when she is seeking to trap her prey, the young men of Scotland. But when she is alone, when she is not hunting, she is not able to talk, hold a conversation, or communicate with those around her. She is mute, confused, and bewildered by all the people around her. She has been created to hunt and harvest humans. Outside of her predatory role, she is truly alien. She seems to have been created, a thing made for a purpose. To mimic humans. But maybe the programming went too far and she started desiring to feel what humans feel, to blend in and become one of them. At that point, she had stopped being useful. Already separated by her base natural from everything natural on Earth, now she is also separated from those who created her. On a mission on a strange alien planet, she loses her way.

Look around. You, as a human are accepted into culture by your usefulness. And everyone around you has strange motivations and unknowable thoughts. Humans are as alien to each other as much as any creature born on a different planet. You eat, you fuck, you defend yourself from others, violently if need be. Looking around at the landscapes that surround you, you feel like you don’t belong here.

Her crime is in becoming too good at her job. As she infiltrates human society and struggles to seem “normal”, she inadvertently becomes too human. The character is a blank slate to the viewer, unknowable. But she seems to have made some kind of moral decision, she walks away from her mission and loses herself, escaping away and at first attempts to try to engage in what she perceives as normal human activity. Eating, fucking, seeking companionship. But that all is beyond her, she, at the most inner level, is just not in any way… human. She then attempts to run off to seek solitude.

The film seeks to pull at the heartstring of the viewer, offering commentary on human relationships, desires, and longings. Only to pull the run under any such notions and show all of these normal activities as largely strange and unknowable even to us humans. The alien in the film can not reconcile human nature and behaviors, and neither can we.

Her behavior mirrors the experiences of early adulthood. The strangeness of sex, the experience of going out to dinner by yourself, the desperate attempts at forming friendships. Again, these mirror our own experiences. But what is “alien” about her is her motivations. The strange black pool in her abode. The slow breakdown of the human bodies trapped in a kind of floating purgatory. The strange conveyor belt feeding the bits of flesh into a glowing red hole.

She has one or two “wardens” who watch her from afar, presumably to make sure she does what she has been tasked to do. In their treatments of her, it seems like she is not one of them. She is a tool to be deployed for a mission to be completed. It would seem that she is not of the alien race she serves, but a tool formed of biological parts. And her wardens seem to also be humanoid, it can be assumed they are also tools of their masters. Some serve by hunting/trapping, some serve by being overseers of the whole enterprise. It is interesting that the tool the alien masters use for their hunters is… human femininity. Like a Venus Flytrap, she seduces her victims with sweetness and traps them in some indescribable trap. One would assume that the alien masterminds would want the most efficient and effective methods used in their mission. Classic alien invasion tropes like full-on attacks using devastating alien weaponry, mind control, body snatching, etc are not used. Feminine seduction is the tool they use to accomplish their goals.

So again, we have a film that distorts what we take as everyday human behavior and makes it strange and unfamiliar. Seduction and production are seen through an unhuman lens. The underlying motivations of society are called into question. Again, she is alien to us, but so is everyone who surrounds us. Your friend's and your family's desires are just as strange and disturbing as any alien being. Science fictional tales of alien invasion and intrusion provide a mirror more clear and reflective than any so-called realist work.