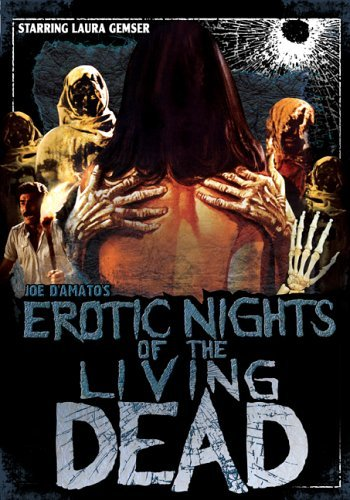 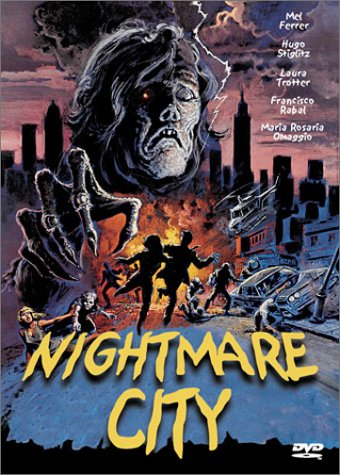 Work, doing the same meaningless tasks over and over for a boss who controls your life. The only solace you get is from the strange visions of some poor quality, blurry, low-grade horror film played out on your irises at three in the morning. Watching the maid get her hand stabbed to the wall and her head chopped off by a crowd of ravenous zombies in Burial Ground. Watching a vagina open up in a man’s head as he is taken over by an alien in Goke: Bodysnatcher from Hell. Watching young lovers run down and mutilated by undead templars riding dead horses in Tombs of the Blind Dead. These dark, sometimes surreally campy, sometimes deliciously malevolent, visions keep you going through your banal and slowly crushing life. These films offer you something you can not find in your daytime life. A real transcendence. The grittiness, the sweaty flesh, the ramshackle sets, offer a vision of real life that makes the bigger budget mainstream films feel like lies, like purposeful deception. We are born into some rotten and fallen world. We grow and we change. We fuck and we strive. We wither and we die. And these films show this in a way that Hollywood never could. 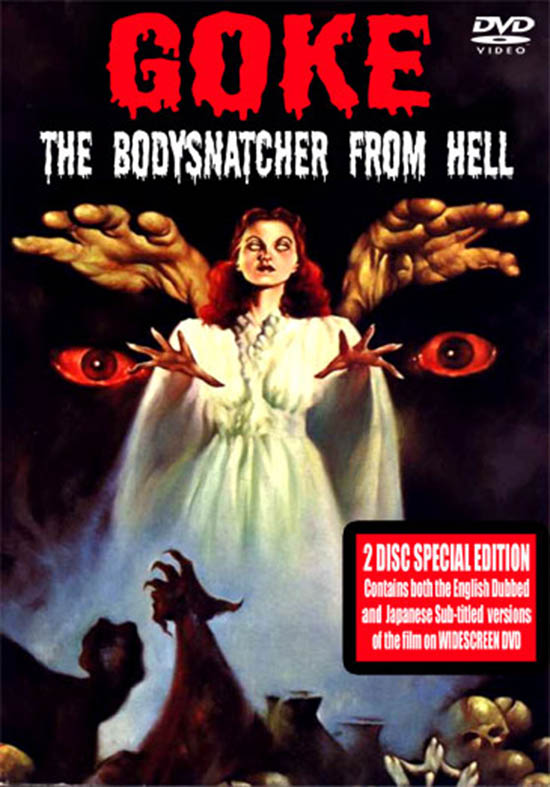 The characters who live to fuck. Debutantes and libertines walking straight into some abysmal nightmare. The strange creatures emerging from old forgotten graveyards, dark underground tunnels, unexplored islands, old abandoned gothic castles, among dozens of other locations. Creatures who are a mix of cheap makeup and ingenuous prosthetics. Like some ramshackle monster straight out of some deeply disturbing fever dream, they have a mix of the grimy and the surreal. And the naked flesh of the stars of the films, poked and prodded, stroked and inflamed. These films offer an intoxicating mix of occult mystery and sexual luridness. In Anthropophagus, set on a sweltering, sun-bleached island off the coast of Greece, we follow a group of tourists stalked and eaten by a maniac cannibal. The atmosphere is drenched in sweat, abandoned buildings, hidden catacombs, and a strange pulsing synth score. Anthropophagus is committed to pushing the limits of onscreen violence, offering sights that will shock and absolutely scar themselves in your psyche. In Nightmare City, hordes of atomic zombies burst out of airplanes, into television studios, through amusement parks. It is a film of an unrelenting madness, exploding out into the world. In Matango: Attack of the Mushroom People, mushroom monsters attack a group of shipwrecked survivors. Hallucinogenic terror and long past midnight camp humor converge into a singular viewing experience. There is something pleasurable in having your comfort levels pushed by these films, in the delicate scars they leave on you, the strange sights, and the weird ideas you return to again and again. 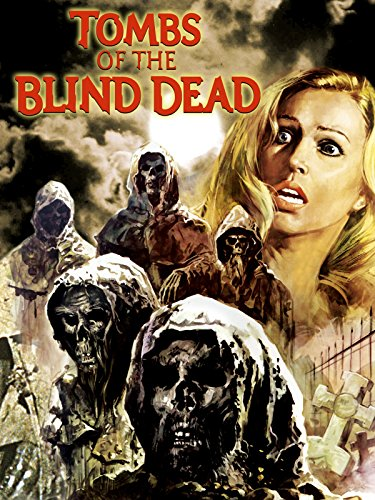 The films unfold through the night. The night is quiet with everyone asleep. Just you and your stack of films. Sometimes wide awake soaking everything in, sometimes half asleep fading in and out through the movies, your dreams and the movie intertwining. Undead hordes descending on fleeing lovers, alien doppelgangers infiltrating a family home, a curse visited upon a town, creatures emerging from long-forgotten crypts, radioactive mutants invading an apartment complex. These are the visions you live for. In a world of disappointment and failure, these visions give you a reason to live. No one you talk to has any idea about the films you watch. They have never heard of them and they don’t care to. They yap on about movies sure, the boring big-budget action films and the oh so important dramas that they will forget about a month from now. But your films you will cherish for your entire life. You will watch and rewatch them. Learning every line, thinking about every camera angle, delving into every idea the film presents you with, memorizing each curve of flesh. Until they become a part of you.
Posted by Scott Dwyer at 10:08 PM