Ringu. The film begins with a young girl, haunted and scared for her life, having just watched a strange video almost a week ago that rumors say is cursed. A video that unleashes on the viewer a series of weird inexplicable images, and after watching it your phone will ring, with a sinister voice telling you that in one week you shall die. She is found, her heart stopped, her face distorted with fear. Then we cut to a reporter named Reiko investigating the strange occurrences surrounding the rumors of a cursed videotape, now circulating as a kind of urban legend among school children. Her investigations lead her to actually watch the cursed tape, putting her and her young son, inadvertently, in danger. She recruits her ex-husband, Ryuji, who has psychic gifts, to help her try to escape the deadly fate the VHS tape has put on her. He willingly subjects himself to a viewing of the tape, not believing in the curse, to try to find clues to help Reiko. They discover that the tape has connections with a woman named Shizuko, who was vilified for her ability to predict disasters, and her young daughter. The daughter, named Sadako, was said to have strange powers, the ability to kill with a thought, and was the offspring of the psychic woman and, if whispered rumors are true, something that came from the ocean, something that may not have been human. They find out that the young girl was murdered and buried in a well, killed by an ESP researcher who was studying the family and decided to make an attempt to stop her from unleashing her dark powers. Figuring that finding Sadako’s body and releasing it from the well where it has lain for decades would release the curse, they race against time to find where the well is and end the curse. They find the body, and Reiko cradles the skeletal remains, a child tragically long dead and forgotten, in a motherly embrace. They return home, the child given a proper burial. Reiko is safe now that the curse is broken, the week has passed. Except they are all wrong. Sadako comes for Ryuji, crawling out of his television set and completing her curse upon him. Reiko wonders why she was saved from the curse and he was not. Then she releases the only way to escape the curse, is to perpetuate the curse. So the film ends with Reiko, to save her son, willingly spreading the cursed video, thereby keeping the video virus circulating. 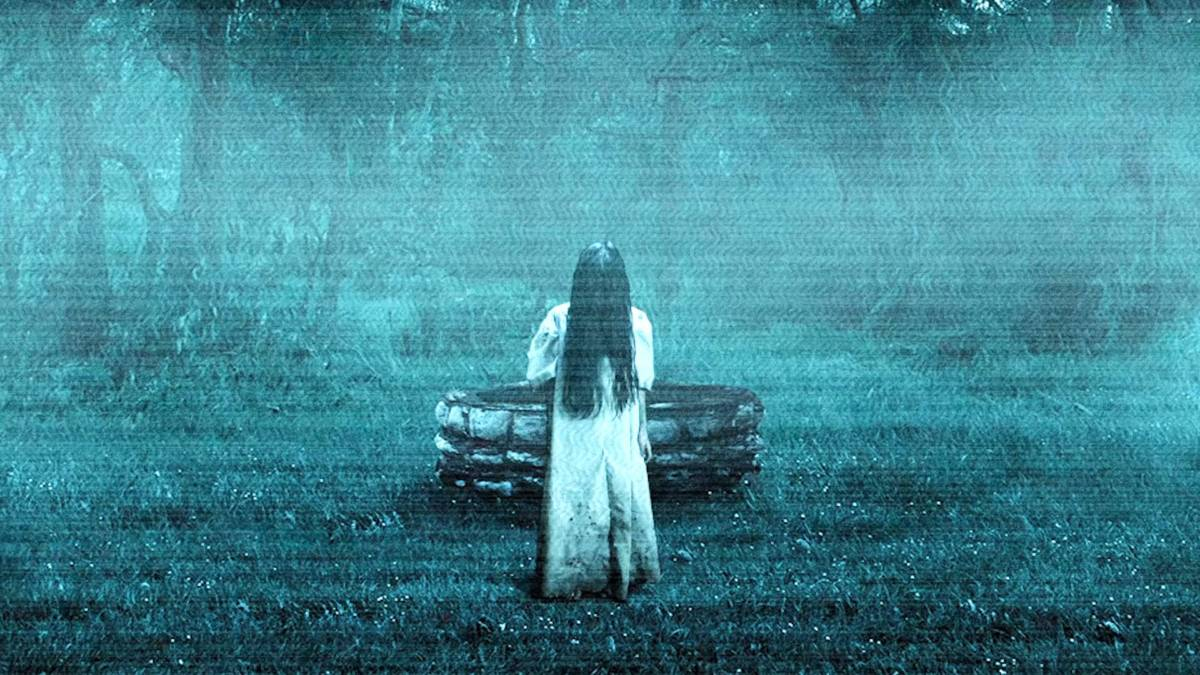 One of the all-time great filmic expressions of sheer dread, Ringu was a huge and unexpected international hit when it was first released out into the world in 1998. Almost singlehandedly resuscitating horror cinema which was in a steep decline in the 1990's and also influencing horror films for decades to come. From art-house horrors like Hereditary and It Follows to big-budget Hollywood horror like Insidious and Sinister, Ringu changed the map of horror cinema forever. Drawing influence from such different sources as Japanese horror films like Onibaba and Jigoku with their use of folklore and imagery, classic American and English horror films like The Haunting and Night of the Demon with their slow pacing and carefully curated sense of dread, and more modern films like Videodrome and They Live, with their critiques of technology and society. 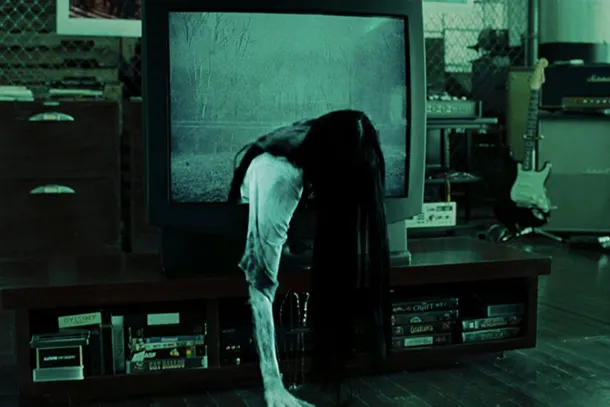 Sadako is the buried secret that modern society would prefer to pretend not to exist. She brings visions of ruin and decay, visions that she must have endured while starving to death deep down in the darkness of the well. She brings a foretold doom, the same doom she felt as the light dwindled into black as she slowly died in the wet earth. Her curse spirals outward, seething from a black hole in the dark soil. These videocassette transmissions were sent out, infused with some kind of black magic of the earth. She emerges a week after exposure to stop your heart. She is shrouded in mystery, her black hair concealing her face. A large deformed bulbous eye is revealed, scanning you like a video camera. The background static of the television roaring in your ears, or is that the sound of the never-ending ocean waves? There is some hidden, unknowable force behind this. Is it her father, inhuman, something that may come from the sunless depths of the ocean? Or is there some force behind the video transmissions, some kind of occult technological demon, shaping humanity with its corrupting media? Sadako is media as contagion, the fleshy corpse behind the seemingly sterile image of the television screen. 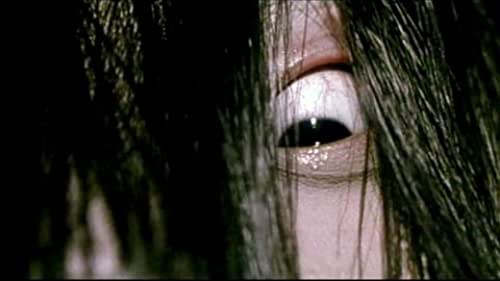 Does video technology, unfathomably, come from the ocean? Does the drive of technological innovation have a darker origin than we are aware of? Who is Sadako’s father? Just what abysmal intelligences lurk in the alien depths of the Earth? And what dark purpose has she unleashed upon the world? The incessant waves can drive someone mad. And the intrusion of video media has completely taken over every sphere of human life. Ringu is a film that is shrouded in mystery. It hints at horrible secrets but never explains the nature of the dark heart beating at its core. To watch Ringu is to continue its infectious agenda. To talk about it is to ensnare others in its bleak orbit. What is the end goal of Ringu? Maybe we are doomed to find out as Sadako’s curse continues growing and spreading like a dark mold on the underbelly of our media-driven society.